Hey Guys,
I’ve been trying to make a Theremin from scratch and have been stuck on the oscillator part for months now. I’ve asked around for help but I haven’t made much progress.

It simulates fine in LTSpice but then it flops in the real world. If some of you fellow wizards could tell me where I’m going wrong that would be great! 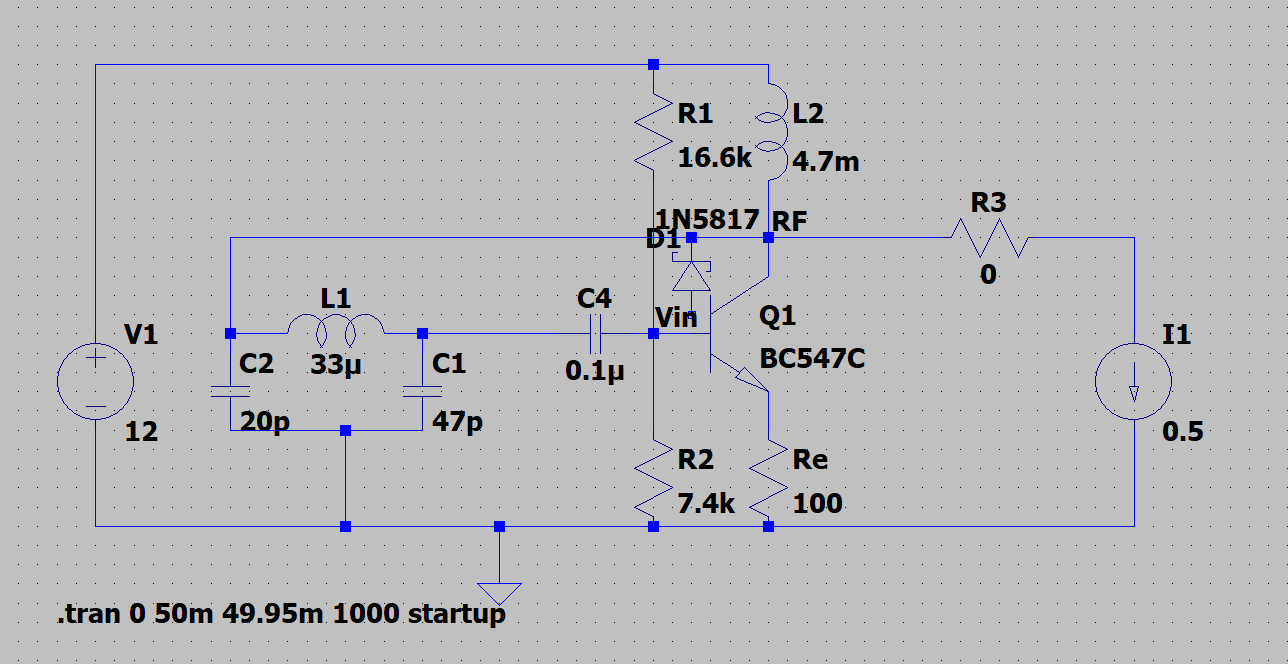 Can you move D1 around a bit? I have a hard time seeing the connections there.

It sounds like you are probably not getting enough gain to start oscillating. Offhand suggestion - try dropping Re to zero. That resistor is limiting Q1’s turnon profile to make the gain more stable. Oscillators tend to rely on really high gain. As long as the gain is ridiculously high, the stability doesn’t matter so much.

On your actual hardware:

D1 appears to be unconnected on the bottom terminal.