I assembled a board a few days ago where I feel I might have made a bit of a mistake. It had a Li-ion battery charger and a boost converter to run a fan, and the datasheets for those parts suggested layouts with lots of pours for thermal management. I did the layout according to the recommendations and ended up not including any thermal relief on most of the parts connected to the pours. Needless to say, that made soldering parts to the board harder. I got it done, but some of it was pretty ugly.

So the question is: what’s the right way to deal with thermal relief and pours? If you’re putting big areas of copper everywhere to move heat away from components, it seems as though thermal relief is the last thing you want, since it increases the thermal resistance between the parts and the pours, but at least for hand soldering, not having thermal relief makes life quite difficult during assembly.

Which leads to a related question: do you still need thermal relief when you’re reflowing boards? It seems to me that the main argument for thermal relief is that you want to increase the pad-to-pour thermal resistance so that when you heat the pad up with your iron, you can get it to soldering temperature quickly without heat leaking out into the pour. If you’re reflowing, isn’t the whole board (pads, pours, substrate, parts) all at the same temperature anyway? What’s the benefit of thermal relief then?

(This all seems like something that should be obvious, but it’s not to me…)

The right way is to specify thermal relief on the pads and be sure it’s enabled for the pour when you specify the pour area. The default values KiCad uses seem reasonable, but consult your manufacturing folks for guidance appropriate for the tools they use. 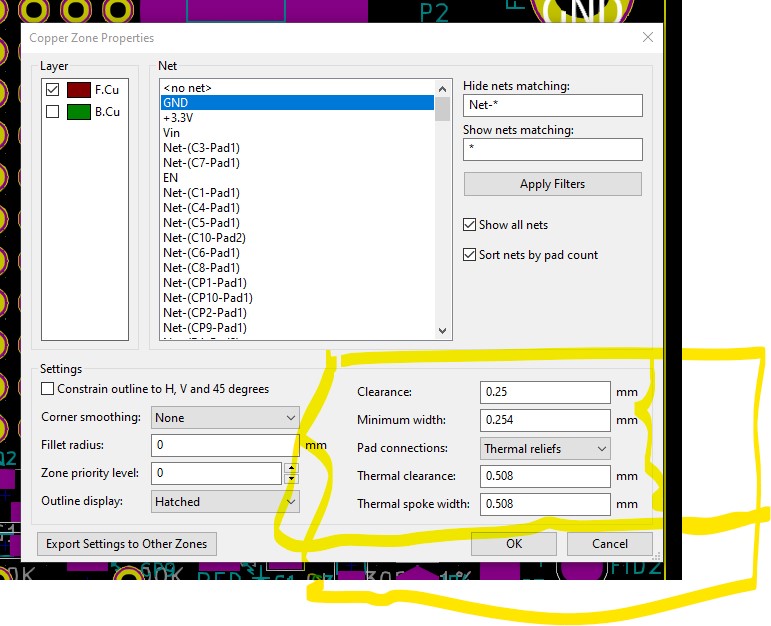 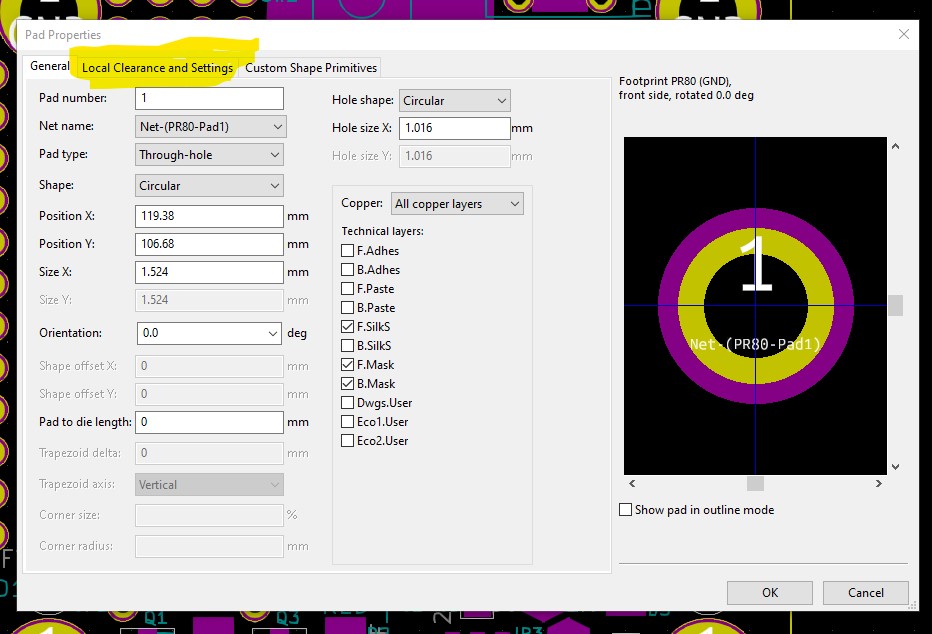 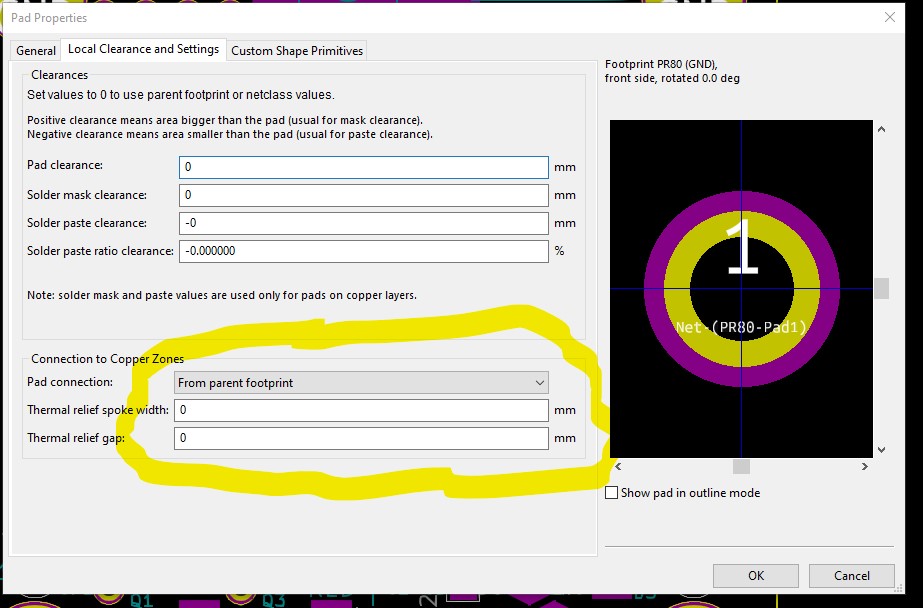 Just like there really isn’t a uniform ground, there is no uniform temperature during re-flow. It’ll probably work, but you’ll probably need to have more preheat time.

More important in my mind is that your board becomes a disposable. It’s not going to be very repairable in the absence of thermal relief. If you’re OK with that, then that’s fine.

Thanks! That point about repairability is really important, and something I totally hadn’t thought about.

Using a board pre-heater makes soldering to pours a lot easier.

That’s useful to know. I’d never thought about that. Thanks!

It definitely depends on your end goal. If you need the heat sinking then thermal reliefs will obviously negatively impact that. If you don’t need the heat sinking then include the reliefs to make your life easier. It makes boards harder to assemble by hand for sure, but in production a board is going to be reflowed so the whole board can be heated. I usually try to design for the end product, depending on your needs (few prototypes or larger runs).

You can assemble prototypes with a hot air gun to heat those copper pours up first, and then use an iron on pins. You can also use something like a griddle or actual board preheater to heat the entire board up.

Years ago, when George Foreman grills had been wildly popular, you would sometimes find them for just a few dollars at a thrift store. I used to preheat boards in them and then lift the lid and hit the parts I wanted to reflow with a hot air tool from above. Worked really well…

The smell of remnant hamburger grease was a pro or con, depending on your perspective.

I gave that a like, but I’m not sure the combination of burnt hamburger grease and solder fumes is so appealing…

(My wife bought some artisanal balsamic vinegar last week, and I swear it smells exactly the same as solder flux. I can’t eat it. It sets off my poison alarm.)

Yeah, it’s that balance between needing the thermal management and making the thing easy to assemble that I got wrong. I totally didn’t think about it until I had the boards in my hand, looked at all the copper, and went “Uh-oh”. I like this pre-heating idea though. I’ll get a hotplate or something.

For RF front-ends (which I do all the time), thermal relief will cause impedance and emissions problems. So, you can’t really use it. RF boards also contain a lot of ground copper, so there’s a lot of heat to sink. The way to get around it is (a) to keep the PCB as small as possible, (b) use hot air instead of soldering iron. This is one of the reasons why it’s common to see RF sections modularized rather than integrated onto PCBs.

In any case, you can use the same advice. Use hot air, and if necessary you can also use a hot plate / PCB heater.

I have a hot plate similar to this (aliexpress link). It’s cheap and functional, and it is also great for serving fondue

I have a hot plate similar to this (aliexpress link ). It’s cheap and functional, and it is also great for serving fondue

Off-topic, but… One thing I learned over the years is to never underestimate the elders’ determination to have hotpot as they damn well please. I walked into a boba (bubble tea) shop one time and encountered six or so ~70 year-olds in the middle of the shop having hot pot. They brought their own hotplate and raw ingredients and was having a mighty fine time enjoying themselves. Staff was resigned to let them be.