Based on the videos, it seems suitable for 0402 size pads. I think I can tweak it for 0201 and BGA. I will make a review video of the device and my attempts to tweak it.

Even if I can’t succeed, it will still be useful for my larger boards that use 0402. It seems like a much more convenient tool than pneumatic desktop systems, especially given that I don’t make prototype PCBs all that frequently (maybe once a month).

Interesting! I have a handhold extruder but rarely use it (it’s a pump action one akin to a caulk gun). Any reason for one of these over stencils? Are you using it for rework as well? I could see that as a definite use case, for adding components after initial assembly.

I don’t have enough control with just the hand-operated one for the small-size boards I do, so I thought this was worth a try.

For rework, it might be slightly useful, but rework I do 99% with hot air and existing solder.

The main use-case is because I just don’t like stencils for prototype work. Stencils are nice when I need to stuff a panel of PCBs (did I mention I tend to work on very small PCBs?). For single PCB, I need to build a jig for the PCB, get alignment just right, etc, and it isn’t very fast.

Honestly, what works more easily than a stencil for my prototyping is just to:

So, I think the i-extruder can improve this process.

Looks interesting, until one gets to the price… How has it been working out?

I also bought one about a year ago. I don’t use it often, but it has actually been pretty helpful. Attached are some photos I took the other week. The smaller pads are 0402. 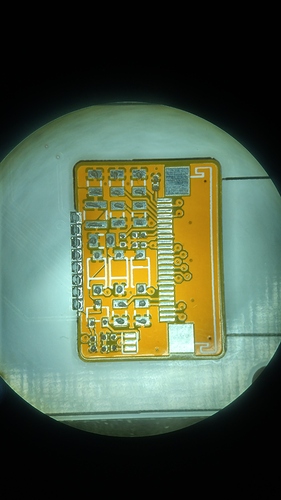 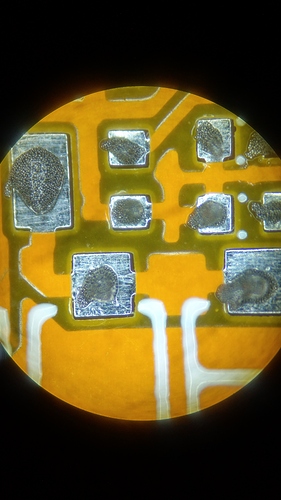 It took me a solid 15 mins to find acceptable settings for the paste and tip I used. With those, I spend about three seconds on each pad.

It does get tricky on smaller footprints: I’m using a microscope to be more precise in my aim, but it prevents me from putting the extruder vertical enough for the paste to be pushed onto the pad. So I hold the extruder at about 30° and for every pad I wait a few seconds for enough of the paste to drip from the tip so that when I pull back, the paste stays on the pad. I’m thinking this could probably be solved with angled tips though.

Overall, I’m quite happy I bought it.

Maybe it’s the pastes I’ve been using, or my technique, but I can never get paste to sit on the pad. Instead, the paste wants to stay on my tips. Are you doing anything besides squeezing out paste and pushing it onto the board surface?

I struggled with that too. I eventually found out that the paste sticks to the pad when it’s being pushed onto the pad. So my two cents are: bring the tip as close as possible and keep the opening almost parallel with the pad. Maybe pullback settings help with that too, I am not sure.