Since december/20 I had been working on a redesign of the Siguino (Github) that is an ATMega328P based board with SigFox communication (LPWAN): 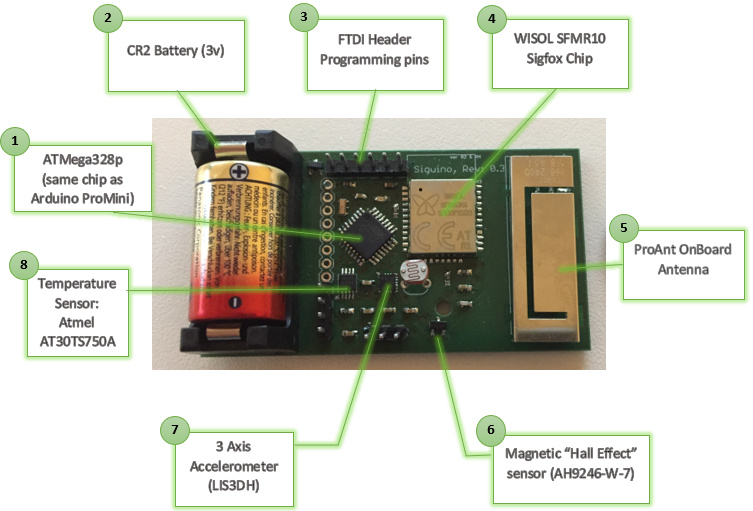 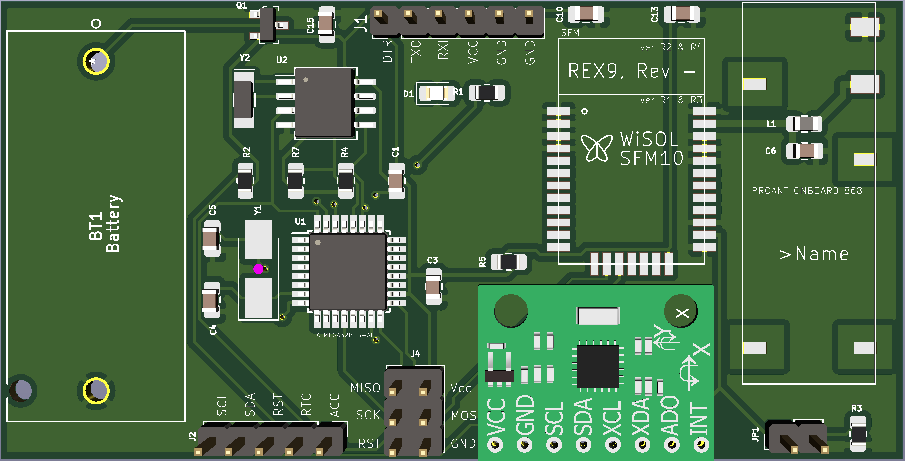 I am still struggling with auto-router (freeRouting.jar) and ground plane, some GND connections are missing after importing spectra session and using DRC: 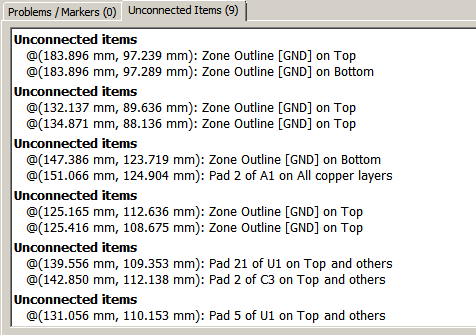 I am planning to use solder mask on the vias to avoid short circuit during manual soldering: 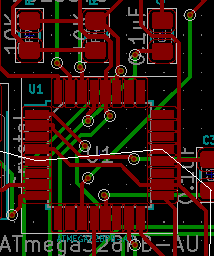 Nice design. Looks like the size is dictated by the battery and antenna…
You don’t say much about what the use-case is nor what the constraints are.

Questions from the peanut gallery:

Good luck and lots of fun with your board!

A further thought that came to me while hand soldering some 0603’s: KiCad has regular 0603 footprints but also 0603_handsoldering footprints. Those have slightly larger pads so you have more space to put your soldering iron tip down, etc. Try those…

@tve, first of all, thank you so much for the questions that estimulated me to reflect (critical thinking) about the overall design and about PCB design and manual assembly, and the use-case for this project is to monitor assets usage (e.g. doors opening through accel monitoring) in isolated areas without cellular, or wifi coverage

@tve, I am grateful for all the insights that your questions drove to me, I will be re-working these points in the following weeks, currently I am following the CE learning path to create a solid background.

buy a digital microscope for PCB

There are varying opinions, but be sure to consider clip-on magnifying glasses with LED illumination. I use an optivisor with 1.3x magnification (I believe) plus “swing-in” 6x additional lens) and absolutely love it. What I love is that there is zero time lag and no focusing issues (i.e. my neck does the focusing), plus I use it in the field too, not only at my desk. To make a video or critically inspect boards a microscope is most likely best, but to hand assemble, not so sure.

I just did both introductory projects from Contextual Electronics this past weekend:

For both CE Header and Current Sink or Swim I struggled to understand and follow along through the steps and videos, I mean, to understand the project objective until the project realization, in comparison with the two projects reported above (blinky and shine) that were easy to follow, the Advanced BLE-CELL (ABC) project seems more structured and easier to follow, so I chose to follow on it… Hope to get back to both CE Header and Current Sink or Swim after ABC with more focus.

Hi all,
I designed the Siguino board Gustavo mentioned and he linked me to his blog to have a look - great to see it being used in this way!

A couple of quick comments:

All the best with the project anyway!

I did some changes from the last post to the current PCB that I ordered to be manufactured and assembled as depicted below, thanks to JLCPCB/LCSC this approach will free me up from manual soldering - probably I am traumatized by the LGA and 0402 components from original design

), I replaced the Battery Holder by a JST XH connector, also moved the antenna matching passive components from below the antenna area to outside of it to make easier for hand soldering, and removed the RTC once it is not mandatory in the current prototype.

There are a lot of improvements to be done, but I have to make the prototype works prior to invest more on this project. 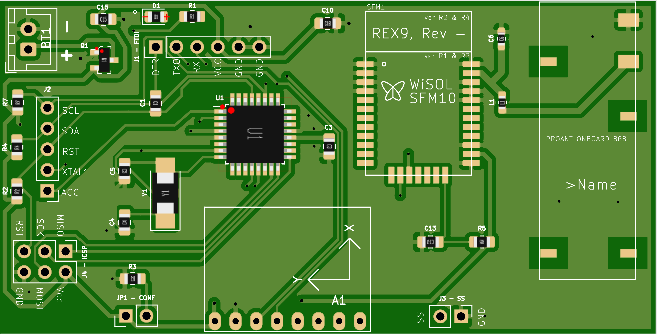 I also made the XTAL1 pin accessible to support in case of ATMega328P fuse programming issues (locked out) as suggested in this blog post. This is an issue that I faced as the chip not being detected.

Note: Thank you all for the advice, I gave up the auto-routing