Reading articles about antigen test sensitivity, I came across Detect’s scheme, which is substantially more sensitive than other rapid tests, apparently on par with PCR tests (for COVID, of course). The tests are read by a special hub device, but I can’t find any info on what it does or how it’s implemented. 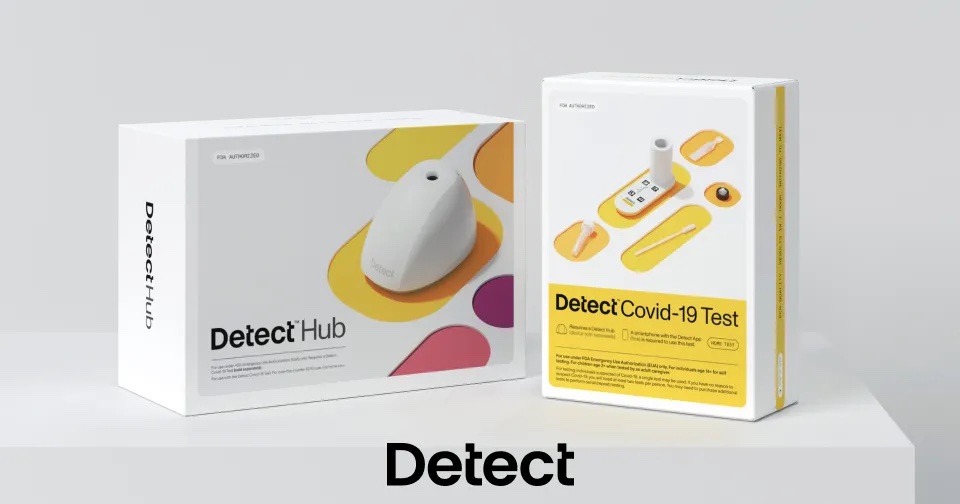 Detect™ Covid-19 with confidence. PCR-quality results at home in 1 hour.

I’m super curious what the mechanism is- anyone have one they feel like taking to bits for science?

You might have to be patient for that one.

The individual units are very expensive (still a few thousand a piece), and they are VERY tight lipped about their mechanism. Got a few former coworkers who work there or have interviewed.

Really! So they’re selling the machines at a huge loss?

That’s sort of exactly why I’m curious. Wondering if it’s optical or thermal or what could be going on inside that it requires a machine.

Huh… Maybe I have my wires crossed. The machine I was looking at the other day that Google is handing out to their employees was like $2k.

looks neat, so for those who have never heard of it or who it works, like me , looks like its using RT-LAMP
https://en.wikipedia.org/wiki/Reverse_Transcription_Loop-mediated_Isothermal_Amplification with a lateral flow strip.

" Reverse transcription loop-mediated isothermal amplification (RT-LAMP): Rapid amplification of viral genomic material coupled with a color- or light-based readout, and it can be performed at a single temperature, unlike rRT-PCR.

Cons: Primer design must be exact, incorrectly folded primers can cause “debris” that can interfere with the reaction, difficult to quantify virus. Samples must undergo RNA extraction before the test can be run, adding another 1 to 2 hours, depending on lab capacity.

This method is a more recent development in point-of-care diagnostics. In contrast to rRT-qPCR, which requires rapid cycling of multiple temperatures to amplify nucleic acids, LAMP reactions occur at a single isothermal temperature, between 63°C and 65°C. This makes the reaction much simpler, faster, and easier in a point-of-care setting. In addition, LAMP reactions typically produce a color or cloudiness change in the reaction mixture that are often visible to the eye. Again, this simplifies the protocol for use in a variety of settings.

The main principle behind RT-LAMP is a reverse transcription step (RNA into DNA), followed by the addition of 6 primers that bind to the gene of interest. At the correct temperature, these 6 primers bind the target DNA, loop around to create circular constructs, and extend the DNA. Each “loop” opens up a new site for primers to bind, amplifying the gene further. This process allows for rapid, exponential increases in the gene of interest. If probes, dyes, or a fluorophore are included in the mixture, there can be a visible change during the reaction that can be measured by eye or by special equipment.

Thus, an RT-LAMP reaction on a patient sample containing the virus will elicit a visible change in the reaction within minutes. RT-LAMP can be hundreds of times more sensitive than RT-qPCR, meaning it can pick up on even smaller concentrations of virus within the sample than some RT-qPCR assays. Software is available to design the primer sets for RT-LAMP, as the sensitive and complicated process can easily be thrown off by poorly designed primers. The debris that can interfere with reactions includes hairpin loops and primer-dimers, which can form if the primers accidentally bind themselves. Researchers have also identified ways to tag patient samples with “barcodes” and then amplify them as one pooled sample. This process, called LAMP-Seq, cuts down on equipment needs by pooling many patient samples into 1 reaction tube that can later be identified and separated for analysis."