Roy Chen, Field Application Engineer (FAE) for Quectel, joins Chris to talk about the cellular module design on the ABC board (part of Contextual Electronics). This acts as an insight into the relationship between engineers and FAEs.

that was an awesome podcast - enjoyed every minute of it. I think your opening comments summed it up perfectly - the assistance Field Applications Engineer’s can give you is invaluable - they are the kind of resource you dream of having in your contact list. but the feedback and the process you went through - the insights you gave were valuable to anyone I think. So really big hat-tip to you and Roy for agreeing to do the podcast. 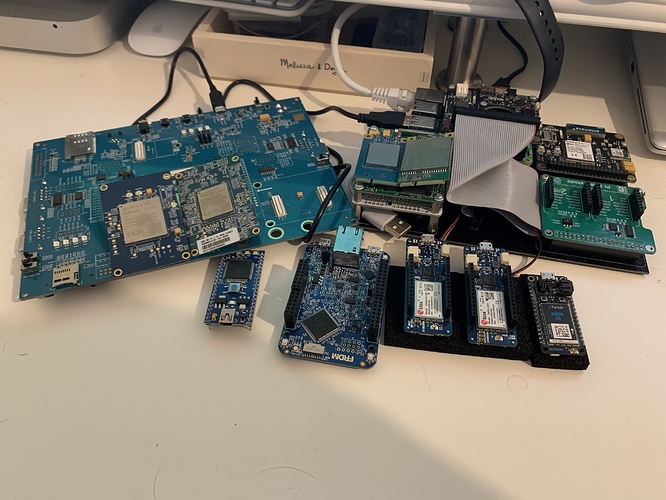 Oh yeah, those boards they send out are massive, but a good starting point for a lot of designs. Looks like you got one of the more modern ones that didn’t have the RS232 DB9s on them!

no, still have the DB9’s on mine - which is actually very important as there are some issues with the virtual serial ports on the BG95 under linux which imposes some limitations 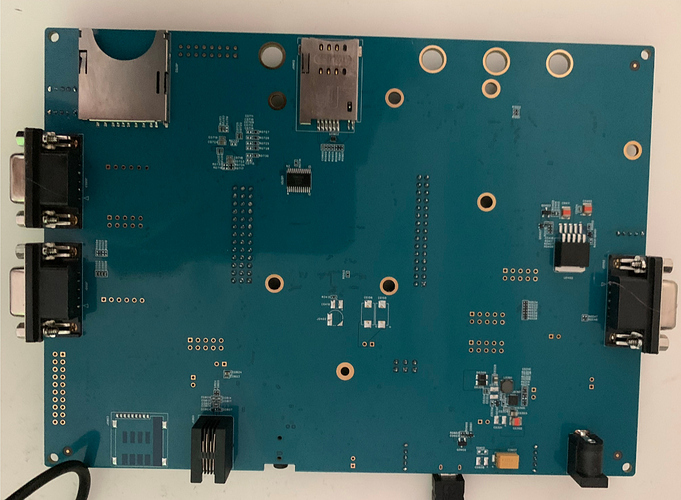 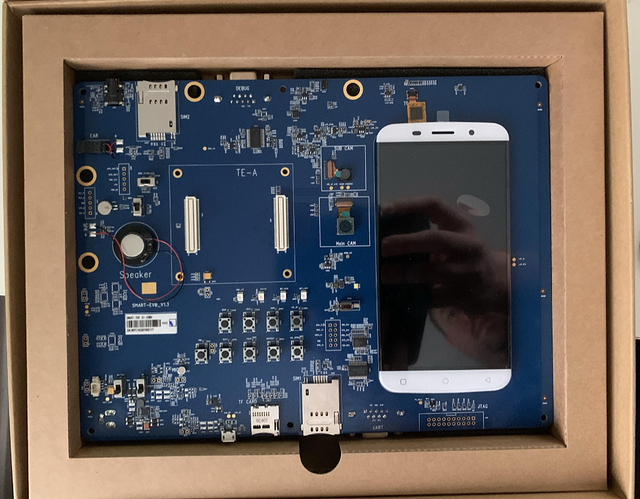 In the powerpoint (slide 9) for SIM card design tips, it mentions “the 0 ohm resistors should be added in series between the module and SIM card to facilitate debugging”. There wasn’t much mention about this in the video, but am curious about how does that work? Are the 0 ohm resistors to be there so they could be replaced with higher value? Thanks, and this was a great episode!

you can find the full Hardware Design guide for the BG95 here: https://www.quectel.com/UploadImage/Downlad/Quectel_BG95_Hardware_Design_V1.1.pdf and the USIM interface is on page 39 of the guide (PDF Page 40!) - there is some extra information there on design guidelines, trace length, etc. However it doesn’t really address your point.

I am not an expert by any stretch - and anyone else here can jump in and correct me! but I would not think they are there to be replaced by higher values, rather they are there as test points on the RESET; CLOCK and DATA lines. I have seen other designs from other module companies and they don’t have these recommendations. I also have seen other designs on the BG95 where they have removed the resistors.

I agree with @ClubmanPlus850 on this one, I think it’s so you could potentially tack on wires to monitor the signals during troubleshooting. In other scenarios where I’d expect more current, you could also put in a sense resistor and/or use a DMM to directly measure current (with the internal sense resistor on the current input for a DMM).

Glad to see you here, @robotgrrl!

to follow up on @ChrisGammell answer here - 0 ohm resistors are rarely (ever?) good for sensing purpose, they most often have poor tolerance, so be careful if you plan to take measurements of voltage, current etc. If you want to look at signals then 0 ohm can be useful.

One follow question though could be, would a test-point be of more use? for a bed-of-nails or flying-probe, perhaps, but for desktop diagnostics a 0 ohm would be easier.

as I mentioned though, I have seen plenty of production boards that omit this part entirely

One follow question though could be, would a test-point be of more use? for a bed-of-nails or flying-probe, perhaps, but for desktop diagnostics a 0 ohm would be easier.

I think the benefit of a 0 ohm is a that it acts as both a current and voltage test point. And to be completely honest–based upon my long track record of doing so–a good way to bodge wires in when
I mess something up! This is why my TX and RX lines almost always have 0 ohm resistors in line with them.

For probing purposes the size of the 0 ohm will matter, so that’s somethign to keep in mind. But in most cases I prefer 0 ohms all over my boards to test points. The board I assembled yesterday had 12 of them on each side of the board, for a relatively simple board.

@ChrisGammell do you see a difference though in the approach for a development board (that is a board that is currently in development) vs one that is mature and for mass production?

I use plated-through holes sized for 0.025" square header pins for voltage test points. For frequently-used nodes like ground or key signals I solder header pins or loop test pins, for less frequently used ones I leave them open and stick a scope probe point in them when necessary. SMD loops are also available.

I think the changes are most prominent when you are doing a development board that is pre-production and then you are planning to shrink it for future versions. In this case, it might make sense to put a lot more test points on board, whereas you might not have room for it on a much smaller board designed to fit inside a tight mechanical envelope.

Thumbs up for the PTH method. It often seems like the signals I’m most interested in are also the ones that are fast enough be annoyed by stubs. So, on one board, I decided to run the traces/signals of interest through half of small solderable junctions, with the other half tied almost directly to a PTH. The concept was that the high-speed signals would be minimally affected by the test point, until it became absolutely necessary to mess with it. At the time, this seemed like a neat idea.

After experimenting and _actually thinking it through, it was really just unnecessarily complex and wasted space. So, yeah, duh - I went back to KISS and ran those traces through PTHs, like I should have been doing all along.

i think threads like this - and the podcast that originated it - are great evidence of what makes CE so special; people with great experience and knowledge helping those that are learning - and we are all still learning! I love just reading threads and picking up little things here and there and then going down the rabbit hole of discovery and further reading.

what makes it even more special, is that its tangible and practical - the real world is very different to the theoretical world and @katie00nelson’s post and @JuliaTruchsess demonstrate this - the experience of real world trial and error and someone like me benefits from what @katie00nelson had to discover the hard way

Chris, would you mind commenting on where you are sourcing those Quectel modules from? The dev boards seem to be hugely more available than the actual parts.

Yes, it’s an odd scenario. I haven’t ever seen the parts out of distribution, at least non of the ones I go through normally–Digikey, Mouser, Arrow-- and though it looks like Avnet now is a “distributor” for them, they don’t hold any stock!

My experience is Quectel goes direct. That means all of my pricing is quoted from a regional salesperson and all shipments are out of their factory in China. On the one hand, it’s annoying I have to email someone every time they have a new product pop up, just to get a feel for whether the part is meant for my price range. On the other hand, they are quite responsive as a sales organization.

I was first introduced to the sales team via a manufacturing rep via a former consulting gig with some potential for volume. I maintained the relationship after that job ended (without the sales materializing as the startup went under). They were willing to talk (email) each time.

You will most definitely get put into their sales database as a potential lead, which used to get my hackles up having gone through distribution for many other parts. It’s just how their sales org is set up though, so I was willing to go through it. If I needed to parts and was starting a new relationship with them, I would try contacting them via their web form, I’m guessing they will get back to you with a local rep and you can chat with them over email with your needs.

Thanks for the explanation. As it happens, I now have a sales contract - or at least I think I do. Maybe. I’ll explain.

“… they are quite responsive as a sales organization.”

Yeah, you’re not kidding. Long story short, I recently contacted them with a very simple technical question. Then, before I could blink, there were no less than six people on an email thread and a meeting was set up for me to talk with their Midwest representative shortly thereafter.

Because my question should have been easily answered and was unrelated to purchasing, I expected the meeting to be only vaguely technical and very brief.

Nope. It started out sorta sales-y, but deal-making is just not my role at my company, so I deflected - focusing instead on the specific info I needed. (Spoiler alert: that was a mistake.) Literally a minute after I basically just restated my initial question, none other than Roy Chen was on the call - ready to answer whatever questions I may have had. We ended up talking tech for an hour.

Roy was great in the CEP006 video. But, he was on another level during the call. In my notebook, I had about 10 or so additional questions that I had planned to research myself. Seeing the obvious opportunity, I posed them to Roy instead. These ones were a lot more technical, not softballs, but he fielded each of them with ease - leaving me with genuine understanding. Yeah, that’s his job - but still, that dude is pretty impressive. In my experience, the only company that has come close, in terms of responsiveness and the excellence of their tech support is probably Analog Devices.

Immediately (2 minutes?) after the meeting, I received meeting notes from our talk, along with specific action items for at least five people - including me, as it were. And I’m talking detailed and accurate notes. So much so that, at first it actually struck me as being a bit creepy. (Was there a transcriptionist silently attending the meeting? Idk - maybe.). But, I guess they are just super committed to developing good relationships. That’s cool.

Anyway, that was all great from the engineering side. My manager was super pleased with the outcome when I shared it with him. Great. And then, he asked me where to buy the parts…uhhh…radio silence (on my end).

Ergo my question to Chris. I would _really prefer to use one of the usual suspects for procurement, but I was starting to have the suspicion that Quectel didn’t really go the distributor route. And so, I guess I will brace myself to start drinking from the firehose again, by contacting Quectel directly this week. This time, though, I’ll bring reinforcements, so I can try to sneak away, and get back to drawing copper lines on fiberglass and writing code.

Thanks for the info! Like the trick of using 0 ohm for RX & TX. This will probably save time on cutting traces in the future.

@katie00nelson What do you mean by a stub in this instance?

“It often seems like the signals I’m most interested in are also the ones that are fast enough be annoyed by stubs.”

Another question related to this… when using plated through holes for test points, is the diameter smaller than the trace width, or does the trace have to become larger around the PTH?

dragging this up, sorry! have been on vacation … at home, but away from the desk none the less!

Quectel, in my experience are great to deal with - though as you have discovered they are mostly Business 2 Business in their sales and distribution channels (Aarow and the like), If you are in industry this is a great thing, but as a hobbyist i can understand the frustration as well.