Hello!
I’m always taking classes in something, but I recently took something that was a little different than the usual.
Last month, I took a 3 week Brand Strategy sprint given by Scott Galloway. It was $875, and advertised as an inexpensive way to get MBA coursework.

The high points for me were:

As product designers or simply people-on-the-internet, taking a class like this will help you to think about your product, and help you to understand how important your brand, personal or otherwise, is.

As a continuing education method, I am a big fan of taking classes like this rather than a full blown degree program. The cost is small comparatively to an MBA class, I got a certificate which I put on my LinkedIn (not sure how this is perceived??), and the learning was targeted.

Have you taken any continuing education classes or have any plans to do so in the future?

The cost is small comparatively to an MBA class

This is my main thing. I don’t plan on being any position (within a large corp) to necessitate validation from a large uni, but the knowledge of an MBA is intriguing. I’d like to get at some of that knowledge. $875 isn’t cheap, but it’s within reach.

This might be more interesting to the Consulting side of this forum than the electronics side of the forum, but in general is a good thing to think about. I know a lot of people start working on electronics and then think, “I should sell this on Tindie!”. Well, getting the word out about your board that you’re hoping to sell or even get enough orders to get the costs down for yourself can really make a difference. I would be curious an example of one of these frameworks, so that it’s more tangible for the people here.

I got a certificate which I put on my LinkedIn (not sure how this is perceived??)

Have had a request for something similar from CE in the past, not sure how to work with it. As someone who previously hired in a large org, I would be more inclined to look at a portfolio than a set of certifications. But having something in that section of a resume/LI profile might be a good way to draw the eye down to a project that would be ignored otherwise. So if it said something like “Brand Strategy Cert from Section 4…2020 (see portfolio item #6 for follow up project)”, I would know that the person didn’t just take the course, but they put that knowledge to use. That kind of follow through is a hard thing to get across on paper, but was ALWAYS the kind of person I want to hire.

Have you taken any continuing education classes or have any plans to do so in the future?

@sophi My brother just finished that exact course! You might have been in his class

$875 seems a lot steeper than the $10-$50 courses on Udemy and Coursera, but from what I could gather, the Brand Strategy class is a much more hands-on course. It’s not a bunch of pre-recorded videos with auto-graded tests. There were live sessions by Prof. Galloway and TAs as well as high engagement in the forums/chats as people were required to converse and grade each other’s work.

I really like where Scott Galloway is going with this CE or alternative degree idea. I think there’s potential disruption here for higher education. However, I wonder if the course really does stand on its own as a replacement for an MBA course or if it’s just cashing in on Galloway’s audience that he’s built up over the years.

I’m a big fan of Scott Gallaway, he has an incredible talent to break things down in a very analytical and logical way. Also his style and personality really puts a tongue in cheek, provocative view on the world that is entertaining and exceptional.

I have no doubt what you learned will pay back the cost of the class in the long arc of time.

However, I wonder if the course really does stand on its own as a replacement for an MBA course or if it’s just cashing in on Galloway’s audience that he’s built up over the years.

I think this all comes down to what employers accept, for both an MBA and any other online course. There is some movement towards it, but nothing formalized. People with an engineering degree from Stanford are still going to stand out from the pack, simply because of the highly competitive nature of getting in / staying in. Not to mention the network effects.

I think the only way around it is a “portfolio”, for whatever you’re doing. It’s kind of the “money talks, BS walks” of the hiring world, IMO. If you show up with a project in hand and documentation of how you did it…who cares where you went to school. Without looking, answer this: where did Ben Krasnow go to school? The answer: Who cares! And Ben has one of the coolest jobs I have ever heard of (prototyping for Verily). It’s because of his portfolio that he has progressed to cooler and cooler prototyping jobs. These are extreme examples, but it’s the best analogy I have.

Whether ALL companies would move towards that method of hiring? Doubtful. Hiring is expensive as it is, and most people don’t have a portfolio in the first place.

At the entry- and mid-level hiring, the reputation of where you received your education is one of several ways that employers use to classify candidates because it’s the easiest way to filter out the chaff. (And there are additional biases due to the network effect that Chris mentioned.) I went to a school where I’ve heard more than once that the school was harder than anything else that followed in their career.

Portfolio is great for people who can accumulate and display entries into their portfolio. Some work are easier to show than others. Some work are flashier and commands more attention than others. It’s certainly a fast way to establish proof of ability. A variation of that is what I get from freelancing through Upwork, where my job history and ranking is a proxy portfolio.

If neither of the above applies, it’s harder to provide either implicit or explicit proof of ability. Some larger companies solve for that by requesting a pre-screen task or test as a gate before they invest any significant amount of time interviewing you. One variation of that is Hired.com (and there probably are others, I just happened to know about Hired) where they perform the initial assessment testing and pre-screening to sort and bin candidates. I tried Hired a few years ago when I was checking the FTE world (versus freelancing). From what I remember, the variety of questions would have quickly eliminated the pretenders and would have scored applicants into separate skill levels. While I scored well enough that I was “pre-qualified” to their eligibility pool if I opted in, they do perform phone interviews to assess those who score in the middle. This makes it hard to game the process just by superficially having encyclopedic knowledge.

I am mentioning this because there’s a growing generation of capable self-taught but portfolio-less people that will need some mechanism to show their worth to employers. Third-party test/qualification services will likely play a bigger role in the future. These services will likely be more sophisticated as time goes on, so that merely taking classes passively won’t cut it. There’s no substitution for “doing” so classes where participation is baked into the class will be more valuable (imho).

A variation of that is what I get from freelancing through Upwork, where my job history and ranking is a proxy portfolio.

I have pointed towards you and your Upwork portfolio in the past as an example of someone that is using the platform well and still maintaining high rates. If I haven’t said it to you directly, kudos on that!

If neither of the above applies, it’s harder to provide either implicit or explicit proof of ability.

I have always wondered how people working on secret/top secret stuff have shown their bona fides. Actually talking about the projects you have done in the past would disqualify you for future roles because you didn’t know how to keep yer yapper shut

That’s a no-no in the military world. I suppose it’s all based on recommendations from others.

I am mentioning this because there’s a growing generation of capable self-taught but portfolio-less people that will need some mechanism to show their worth to employers.

This is a great point and something I think Scott Galloway is trying to capitalize on with Section 4. In general, accredidation is all at the university level right now, and they do pretty well, given the constraints at hand. They all can at least match the standard of ABET (for engineering), which says something about the underlying value. I am guessing there is a large field for this in the future, and Google is already starting to move into it.

We talked about accredidation a bit on the most recent Contextual Electronics Podcast (CEP009), but it was still couched in the idea that we were giving accredidation based upon our individual course guidelines, not some 3rd party standards that are agreed upon by multiple parties. It seems like building out something like that will take years of bootstrapping and reputation building. 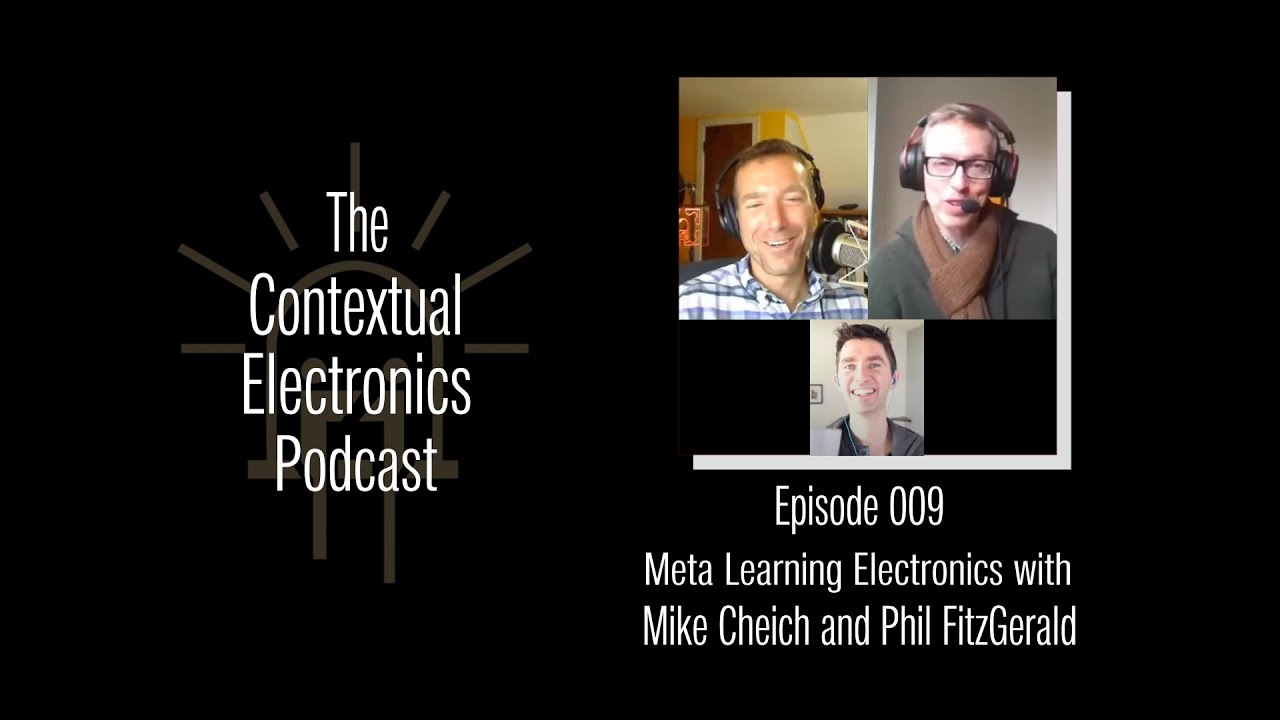