Working on a product that needs a cellular modem and a router. The router needs to have two LAN ports. The modem must be approved by a specific carrier, so selection is somewhat limited, but there are definitely good candidates. Most cellular routers I see are product-level devices in enclosures; I’m looking for modules that can attach to my main board with connectors or be soldered down, so the approach I’m gravitating toward is separate modem & router modules. The few board-level cellular routers I’ve seen are not approved by the carrier.

I see plenty of simple and inexpensive openwrt router modules from various Chinese suppliers on Alibaba etc, but I need a “real” supplier with real documentation and support. Cost is not a big issue. Need something more or less plug n play.

You want the router and modem in the same package and for it to be board mountable? That seems a bit tougher to me. I have been working with M.2 based modems and there are a bunch of cell-only versions out there.

What carrier are you targeting?

If you end up going with an external box that can do both (I realize you said you didn’t want to, but then you also mention openWRT), Cradlepoint modems are rock solid…definitely would adhere to the “cost is not a big issue”!. Great remote management software. I made a video about it back in the day: 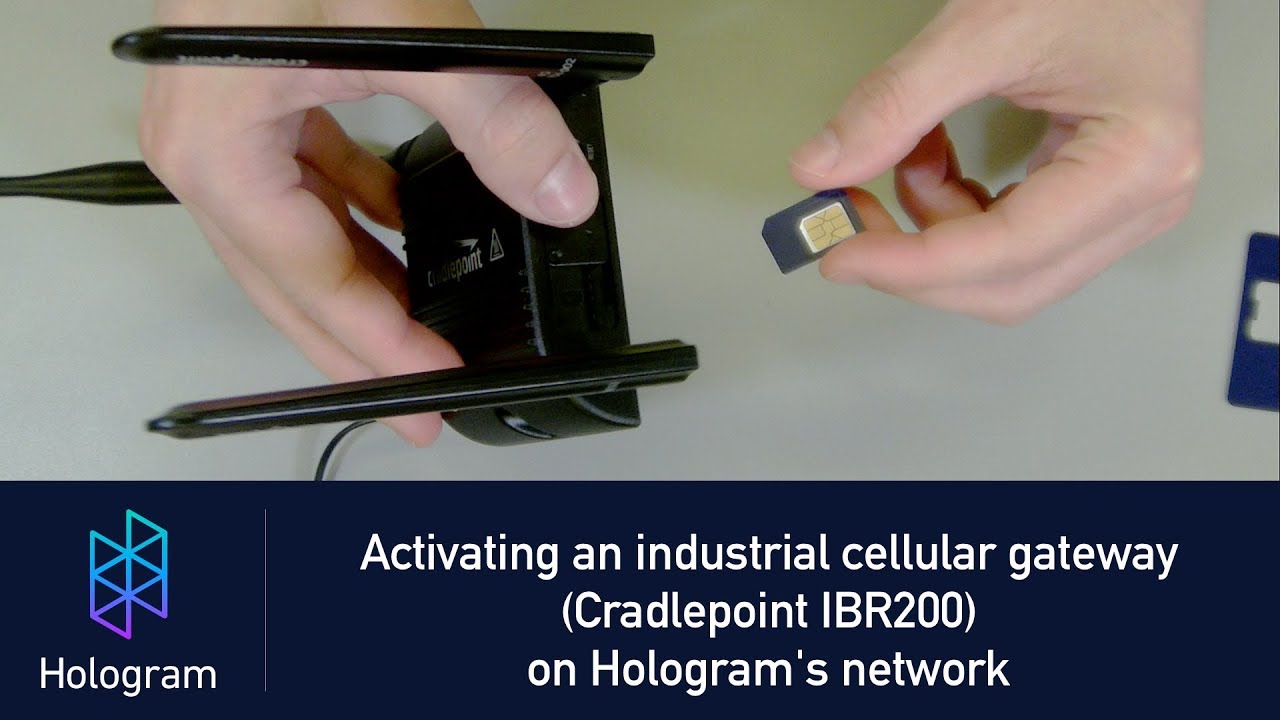 Is https://onion.io/store/omega2-lte-na/ (based on https://onion.io/omega2s/) in the ball-park? I’m not sure what you mean by the two LAN ports (WiFi + Ethernet, 2x Ethernet?) but this has a single Ethernet interface, aside from it’s WiFi. If you have low throughput, perhaps you can implement a second hardware ethernet via an SPI-Ethernet chip and use its SPI port. I’m sure there will be better suggestions incoming but it may be worth a look.

This SBC has two ethernet ports and a Digi Xbee socket that can accept end-device certified modems from Nimbelink and Janus:

The i.MX 6UltraLite CPU is not super powerful, but might be enough to route two Ethernet ports. These boards come with debian installed and are well documented/supported.

Microtik has some OEM boards: 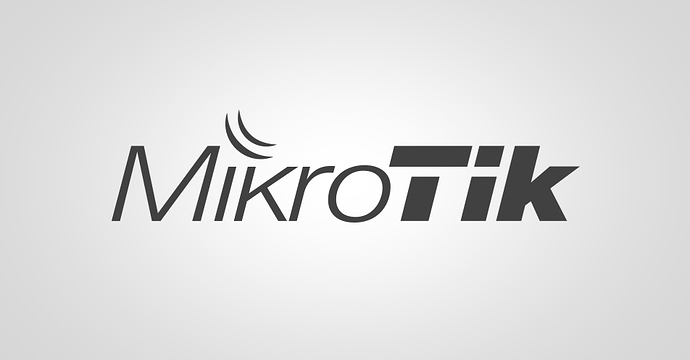 MikroTik is a Latvian company which was founded in 1996 to develop routers and wireless ISP systems. MikroTik now provides hardware and software for Internet connectivity in most of the countries around the world.

If you like routeros and could find a miniPCIe end-device certified modem.

I’ve been running a Microtik router here and really like it.

You want the router and modem in the same package and for it to be board mountable?

No, I’m pretty much resigned to separate devices for modem and router, because as you note and as I noted, they don’t exist much. Cannot do external box, but could conceivably do a “box within our box”, although I’d really prefer not to.

What carrier are you targeting?

Onion.io looks interesting, thanks, but maybe overkill, as I already have a Windows SBC on my board and don’t need yet another computer.

By “two LAN ports” I mean I have two ethernet devices that need to share the cellular connection. So I need a router to make a tiny LAN in my box.

If you have low throughput, perhaps you can implement a second hardware ethernet via an SPI-Ethernet chip and use its SPI port.

Yes, data rate is low, and SPI or UART or I2C for one of the LAN ports would be fine, I’ll just have to learn some new things

Hoping for something in a form factor something like this, which is $18 from Shenzhen with no documentation 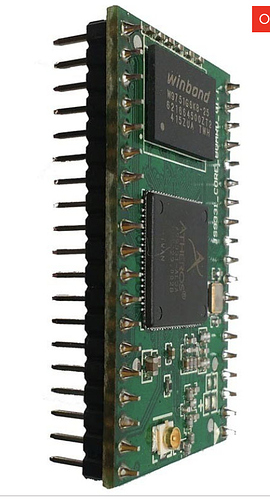 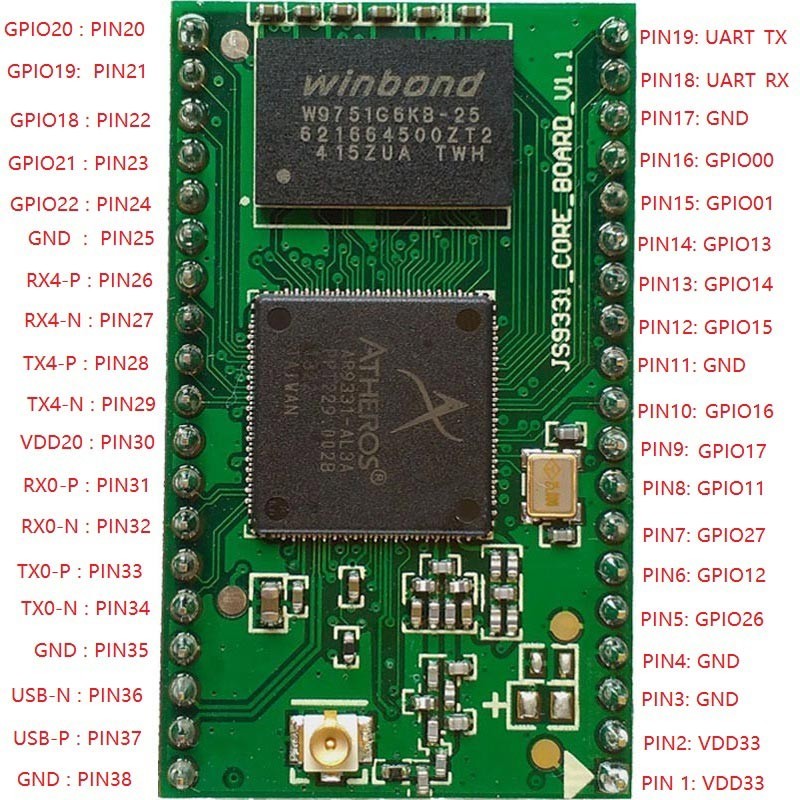 The AR9331 is a minimal system which installed with OpenWrt Linux system and support 2.4G WiFi It is compatible with 802.11b/g/n.widely use as an IoT gateway core modules.

I made the mistake of jumping to the Omega 2S page, where its virtues as a complete general-purpose SOM for running end-use applications are touted and it just seems overkill. The Omega 2 might be suitable, I’ll look at it more closely. Unfortunately I can’t use the Omega 2 LTE because they’re not AT&T-approved AFAIK.

I’ve worked a lot with these platforms. Here’s a brain dump.

OK, now to go into the weeds.

The Omega 2 can run python3-light, which is how I would recommend writing software for it. If you want to run C apps, it’s very doable, but it requires a lot more setup effort. You’ll need to setup the cross compiler and environment, and you’ll need to cobble-together all the extra libraries, etc. It takes some time.

The Omega 2+ has 128MB RAM, which is good if you are doing anything much beyond the demos. Both of these devices (Onion, AR3991 boards) use SquashFS, which copies the FS from a serial flash into the RAM at bootup. So the RAM needs to store the FS as well as the system memory.

Thanks for chiming in, @jpnorair

Quectel is probably where you should look, instead.

Quectel looks great, as does their documentation.

Make sure whatever board you buy has support in OpenWRT mainstream

I have no need for wi-fi. Just two wired ports that can talk to the cloud via one cellular modem. The things talking to those ports are an SBC and an Azure Sphere module, both on my main board, so UART/SPI/I2C or USB would be better than RJ45 ethernet PHY stuff.

I don’t think I care about any of that. Ideally, I want a plug-and-play router module that will get my SBC and Sphere module onto a mini-LAN with a plug-and-play cellular modem module.

What you probably want to do is ping Quectel and ask about their integration partners who build such things. At the very least, you’ll need some form of configuration interface – most of the time this is a local webserver interface, of the sort no-doubt you’ve seen on routers before.

Sorry, by “plug-and-play” I mean I’d prefer not to have to deal with router firmware building and such. Configuring the thing via a LAN or other port is no problem - the SBC is running Windows IoT, and the software running there is not my responsibility.